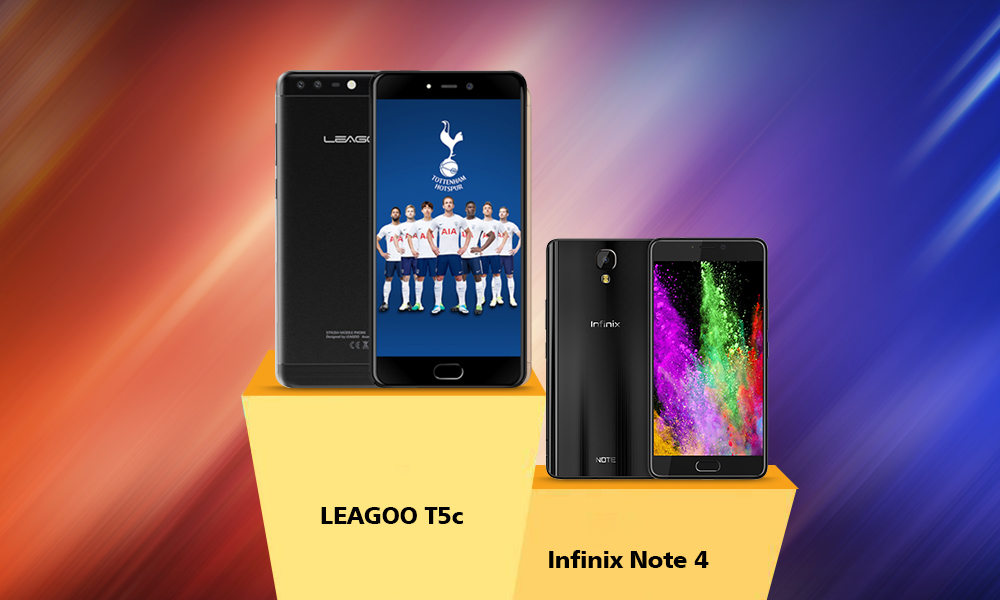 As the world’s third smartphone manufacturer who established a partnership with top football club (only after HUAWEI and Tecno), LEAGOO teams with Tottenham Hotspur F.C. to increase its growth speed on the global phone market in 2017.

This January LEAGOO also reached a strategic agreement with Jumia.com and opened its online sales in Africa. During Jumia Mobile Week this March, LEAGOO’s sales volume has exceeded USD 1 million within 24 hours. It is a great achievement for LEAGOO as a new brand in Africa!

After that, LEAGOO subsequently launched multiple new products and insisted on its tradition – good cost performance! Now, LEAGOO has once again brought a new smartphone to Nigeria – LEAGOO T5c! With its focus on power performance, LEAGOO T5c got a 50,000+ score in Antutu test, a very good result against its competitors. As a mid-range smartphone with excellent cost performance, LEAGOO T5c soon finds its rival – Infinix Note 4. However, through hardware and price comparison between LEAGOO T5c and Infinix Note4, users will soon find that T5c is much superior to its counterpart! 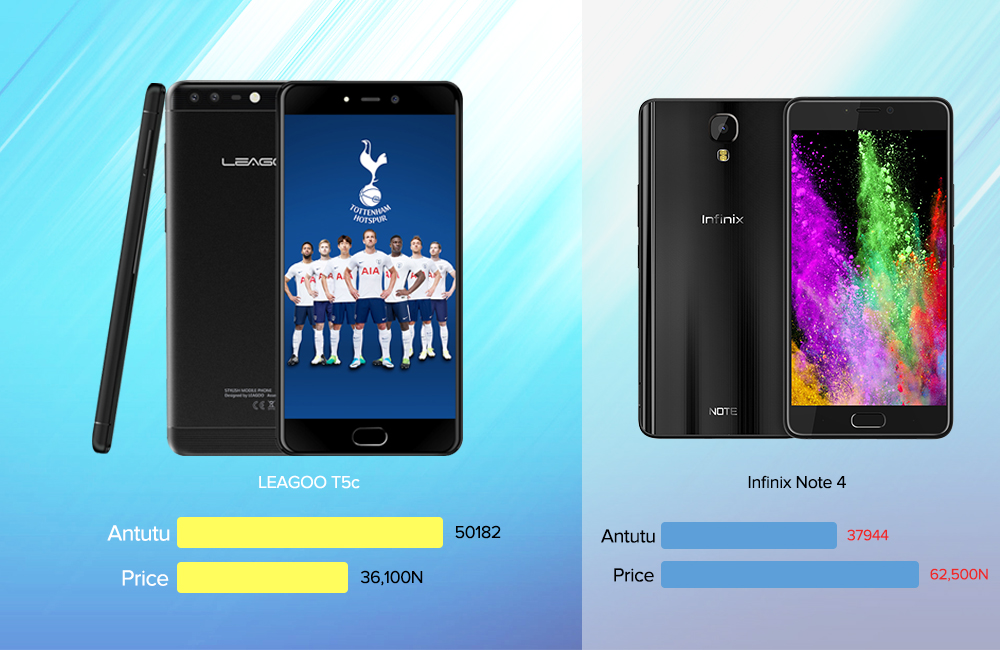 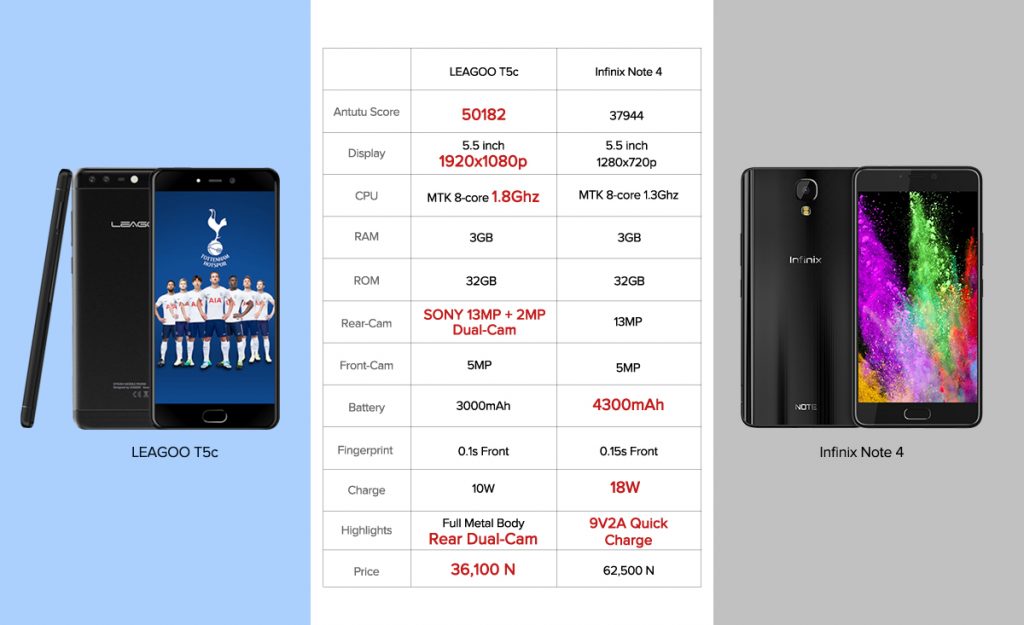 Apart from the cost advantage, T5c also brings its users the following features: So right now which one do you prefer between LEAGOO T5c and Infinix Note 4?

LEAGOO T5c is now on sale at Jumia.com.ng