Wanna get an iPad-class Android tablet for media consumption and casual work?

Well, Huawei specifically made the Mediapad M3 just for you.

With hardware and features that scream PREMIUM, this pad is something you can go for if you are not a fan of IOS devices or paraphrasing; if you are a die-hard Android junkie.

The Mediapad M3 was launched in the last quarter of 2016 and can be picked up from both online and offline stores (depending on the one which is most convenient for you). 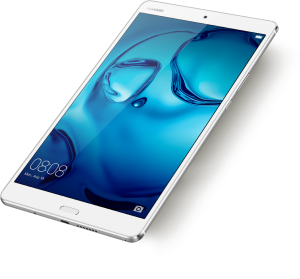 The Mediapad M3 could also double as a “smartphone” due to the fact that it ships with cellular network capabilities.

On throwing a nano SIM into this device, you would be able to connect to the internet via 3G / LTE (or 2G if that’s the one you’re fine with, LOL).

If you are out looking for a tablet with dual SIM capabilities, this baby is not for you as only a single nano SIM slot is available.

On the software side of things, the M3 ships with Android Marshmallow (6.0) which was the latest when the device was debuted.

You need not worry as the device can be bumped up to the latest flavor of Android wirelessly.

Coming in a premium ‘all metal’ build, the Mediapad packs a display size of about 8.4 inches (diagonal) and thanks to its generous resolution, the pixels packing per inch is close to what Apple dubbed “Retina Display”.

Techno-lingo aside, the device’s display is light years away from most budget (and low-end) Android tablets in the market today. — Only a few, very very few, tablets ship with a display this crisp.

To do the heavy-lifting this device is built for, Huawei embedded in their own proprietary Kirin SoC — The Kirin 950.

The 950 is an octa-core CPU possessing two quad-core clusters both clocked at different speeds. The first cluster is clocked at a speed of 1.8GHz while the other at 2.3GHz.

Apparently, the M3 was built to perform and to validate that point, the device ships with 4 gigabytes of RAM. Yep, 4!

For file storage, there are actually two models of the M3 — one with 32GB of internal storage, and another with 64GB.

Both models, however, can be extended by means of an external microSD card. Word is, the device can accommodate memory cards of up to 256GB of space. 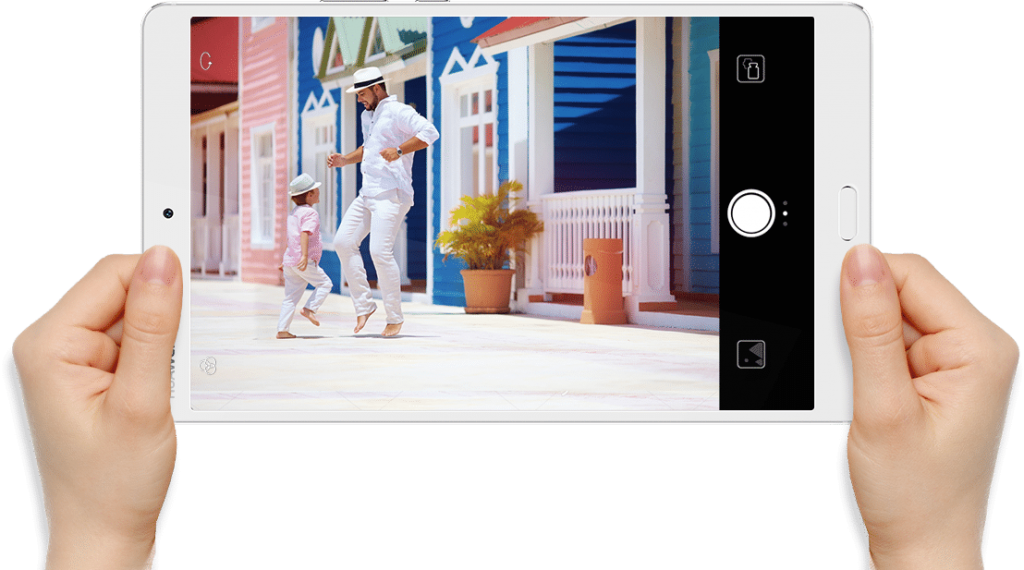 Generally, tablets are known to ship with camera lenses that suck, but not the M3.

The Mediapad M3 ships with 8 mega pixel lenses both at the back and in front.

With the rear facing shooter, you can shoot FHD videos at 30fps with no sweat at all. The lens also features autofocus and HDR still shots.

The Huawei Mediapad M3 features a 5100 mAh Lithium Polymer battery which should hold up just fine for up to 8 hours when streaming videos on the device over Wi-Fi.

Also worth mentioning is the fact that on standby, the device could go days.

The Mediapad features a fingerprint sensor on the Home button which is situated in front of the device — much like how Samsung implement theirs.

Another important feature worth noting is the fact that the speakers on the M3 were tuned by Harman Kardon. The Huawei Mediapad M3 can be picked up in Nigeria for upwards of 90,000. Whether or not you score a good deal depends on the store you purchase from.

If you are looking for a premium alternative to the iPad and are not a fan of Samsung’s Galaxy Tab Lineups, this should definitely be on your shopping list. There aren’t any decent Android tablets in the market available anyway.

On reviewing this device, CNet had this to say…

The Huawei MediaPad M3 is like a louder, more affordable Apple iPad Mini 4, that runs Android.