Features that the Redmi 7 flaunts include dewdrop notch, 64GB internal storage, and dual rear cameras which makes it a full-fledged mid-range Android device. The smartphone is loaded with features that you would not expect from a device in its price range. Android 9.0 dubbed as Pie supplies data needed to run software operations. This OS receives support from MIUI out of the box.

The waterdrop cut-out on the top gets into the way of the edge-to-edge screen at the frontal. With color options, Blue, Black, and Red, the phone comes coated with a hydrophobic coating on its rear. 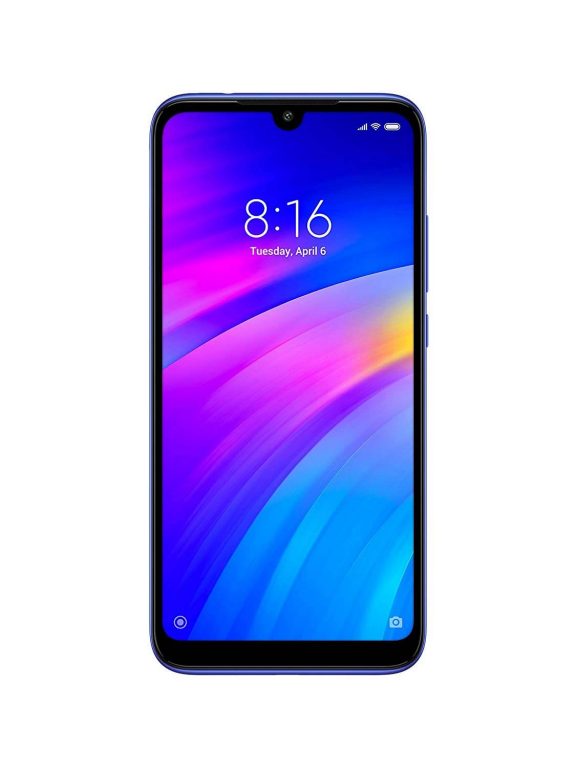 Concerning the display, the Redmi 7 isn’t too different from the Redmi Note 7. It combines a 6.26-inch screen that lies at the front of the phone with a resolution of 720 x 1520. The screen has its face protected by a Corning Gorilla Glass 5.

The Snapdragon 632 SoC gets initiated into Xiaomi range of smartphones. The CPU is an octa-core type runs at 2.2GHz and utilizes the 14nm process. The Graphics Processing Unit is manned by an Adreno 506.

2GB of RAM aids multitasking in the base model alongside 16GB internal storage. The other higher version sports 3GB RAM and 32GB ROM as well as 4GB RAM and 64GB internal memory. Fairly decent photography should come out with the AI-powered camera configurations. It combines 12MP and 2MP on the rear. The front of the smartphone has an 8MP camera, which will bring out great pictures and videos.

The phone has a strong battery useful in an environment with an irregular power supply. With a 4000mAh battery, the device promises more than a day usage.