Infinix Mobility just silently released [yet] another device into the smartphone market and they’re calling it the “Infinix Smart“.

No, not Smart smartphone, just smart.

Expected to retail for well under N30k, this new device is essentially targeting the low-end smartphone shoppers.

Like you would expect for such a low-priced device, the specs are … well, you guessed it — basic.

Here’s a quick run through: 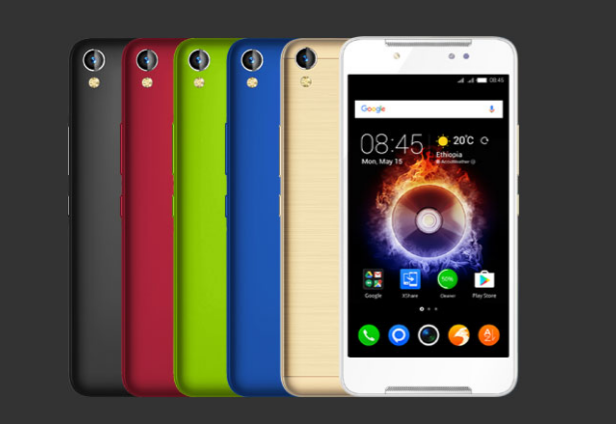 Like I briefly stated in the introductory part of this piece, this device targeting the entry-level smartphone shoppers — think secondary school/university students, old folks and the likes.

There’s no 4G connectivity on the Infinix Smart, but you still get a dual SIM device.

On the software side of things, the device ships with the latest stable Android version — Android Nougat but skinned with Infinix’ own custom UI — XOS.

The last time Infinix made a device with a similar display size as you’d find on the Infinix Smart was in 2015 (the Hot 2).

Featuring exactly the same display specs as the Hot 2’s, this device is a 5-incher with a 720p (HD) resolution.

For the device’s build, Infinix stuck with a plastic chassis to keep the price down and you’d have about five color options to select from.

Design-wise, the Smart smartphone (shit, this sounds stupid) isn’t anything like the Hot 2 because instead of the “box” that the Hot 2 shipped as this device has curves (edge-wise).

Under the hood of the X5010 lies a MediaTek quad-core chipset (surprise!) which is meant to do all the heavy lifting for the device.

Well, the MediaTek chip and the 1GB of RAM that Infinix embedded along with it.

Memory-wise, you’re looking at a 16GB device which can be extended by a microSD card (up to 32GB)

Assisting the 8MP lens in the dark is a dual LED flash embedded directly beneath it.

For taking selfies, the device features another 2MP lens up front which also has its own dedicated flashlight (soft flash).

The battery life of this device would be nothing short of “outstanding”, due to the fact that despite the device not having immensely power-hungry features, Infinix still embedded a [generous] 3060 mAh battery within it.

One thing worth mentioning is the fact that the Infinix Smart is the first Infinix device to feature a front-facing loudspeaker (at least, the first one I can think of) but Infinix didn’t just put one, they placed TWO speakers in front of the device — one at the top, the other at the bottom.

Great sound enhanced by superb equipment. INFINIX Smart proprietary technology creates room for dual audio cavities and makes them compatible with other components. Dirac Stereo WideningTM technology produces realistic stereo sound, that you would not expect from a mobile device

As stated earlier on, the device would be retailing for around 30k and under. As at publishing this piece, the device can be picked up on Jumia for N29,500. 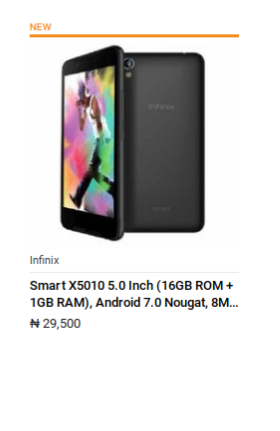 Here are the full device details of the X5010

Totally up to you.

If you’re in the market for a secondary basic-smartphone with good speakers for playing music out loud and doing pretty basic smartphone stuff (hey, I called this a basic-smartphone … twice!), this baby is for you.

If on the other hand, this would be your primary driver, please, stay away — especially if you’re going to be running multiple apps concurrently.

Not until Android Go gets to market, 1GB RAM is not sufficient anymore for a primary Android device.