Have a look at these:

Especially coming from a well-known brand such as Samsung. Before making any life-altering decisions though, let’s quickly run down what exactly you’d be getting for the Samsung Galaxy A50’s 93k-ish starting price.

Before that, however, whet your appetite with the highlights once again: 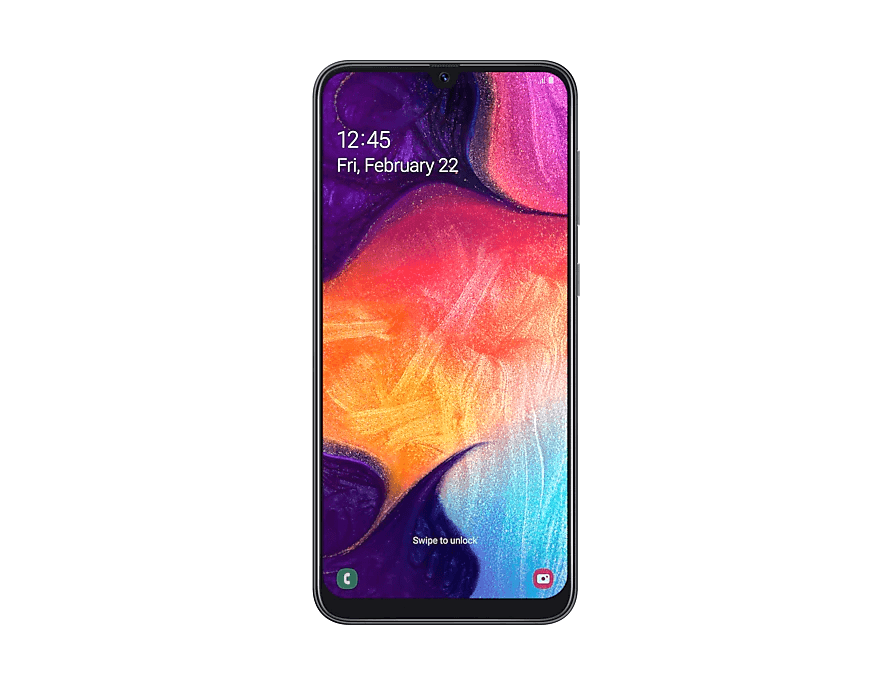 Right off the bat, let’s talk about the A50’s software.

The new Samsung Galaxy A50 – which is a dual SIM LTE enabled device – ships right out the box rocking the latest public Android flavor available – Android Pie (version 9.0) – albeit skinned with Samsung’s new custom user interface (the same one found on the S10): One UI.

The device itself is mostly plastic (or glossy polycarbonate or whatever their marketing team is calling it this time) but the star of this device’s build and the overall aesthetic is its massive 6.4-inch, almost all screen super AMOLED display.

This 6.4-inch display is a 1080 by 2340 pixel panel which has a resulting pixel density of about 402 pixels per inch and is covered with Corning’s Gorilla Glass 3.

On the performance front, the Samsung Galaxy A50 sports the Octa-core Samsung Exynos 9610 (comparable to the Snapdragon 675) which brings the Mali-G72 Mp3 and LPDDR4x Memory to the table.

Speaking of memory, the device is available in multiple memory configurations the most common being:

Regardless of which memory configuration you end up going for, the internal memory can be expanded further by means of a microSD card (supported capacities up to 512GB).

Moving on, let’s talk about the cameras.

The Samsung Galaxy A50 has a total of four(!) camera lenses – three on the rear and one in front. The rear triple camera setup comprises in no specific order:

This setup is accompanied by an LED flash (obviously), has electronic image stabilization and normally shoots 1080p videos at a frame rate of 30 frames per second.

The front-facing shooter, on the other hand, is a single 25-megapixel lens having an aperture width of f/2.0 and also shipping with 1080p @ 30fps video shooting ability.

Samsung Galaxy A50 Price in Nigeria