In the market for a ‘cheap’ Samsung smartphone that is at least a little better than ‘just usable’?

Don’t pass up on the Samsung Galaxy J4. It’s a plastic build device having the signature Samsung front-facing look but this time, no fingerprint reader on the home button. 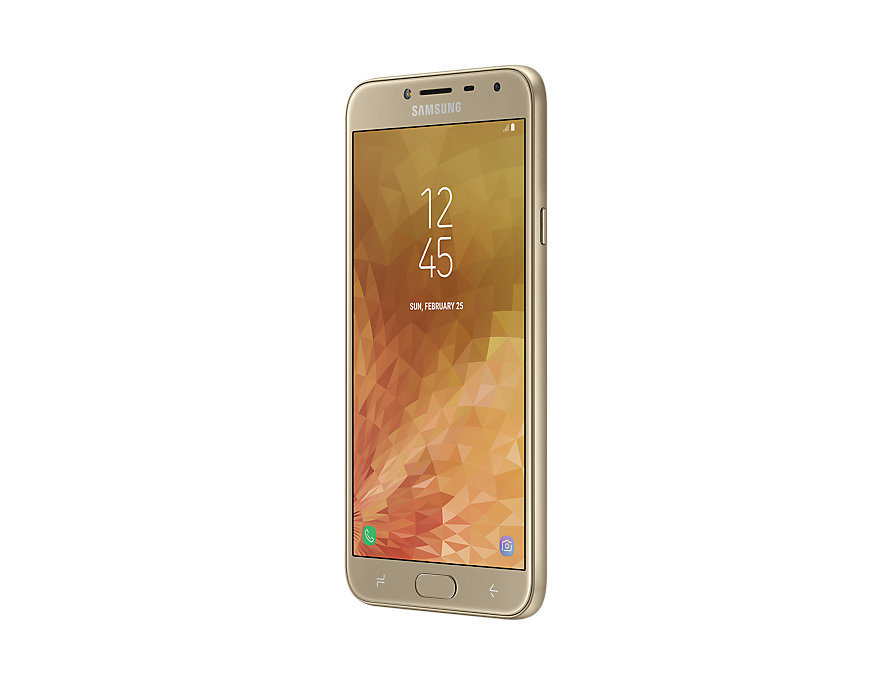 The J4’s display is a 720p Super AMOLED touch display coming in at about 5.5 inches and having the ‘normal’ 16:9 aspect ratio.

Beneath its plastic chassis sits Samsung’s own Exynos 7570 SoC which is a 1.4 GHz Quad-core CPU having the Mali T720 MP2 for handling graphics.

To handle concurrently running applications, the device features just 2GB of RAM and for storage of apps, multimedia, and documents, the internal memory of the device is just 16GB out of which about 6GB is used up by system apps and the OS.

If 16GB would be limiting (of course it would), the onboard storage can further be extended by means of a microSD card which has its own dedicated slot on the device.

For selfies and snaps, the Samsung Galaxy J4 sports a 5-megapixel front-facing shooter with the lens having an aperture width of f/2.2 and a dedicated LED flash beside it for low light pictures. At the back of the device sits a 13 MP f/1.9 lens which, as expected, has an LED flashlight, autofocus, and is capable of shooting 1080p videos at a frame rate of 30 frames per second.

The battery providing the juice to keep the device alive is a 3000 mAh Li-Ion battery which does not support flash charging.