A relatively large display size, a rear dual camera setup, a fairly “Ok’ battery performance are some of the features the iTel S33 brings to the table for its relatively cheap price tag. Let’s dive in to find out more about this device, but first, a quick primer:

The iTel S33 is not an overly ambitious device, it’s just a generally “Okay” device. As I expound more, you’ll get to see what I mean.

The device is a dual-SIM Android device running the Oreo Go flavor of the operating system right out of the box, but with no support for LTE. Design-wise, the device was not built to turn heads. It sports an understandably plastic exterior with a form factor we are all now very familiar with.

Its display is a modest 480p 6-inch IPS LCD touchscreen with no form of glass protection on top. To be honest, the resolution of the display (480 x 960) is a tad disappointing, especially for a 6-incher.

Under the hood, the iTel S33 is running the entry-level MediaTek MT6580 which makes the device a 32-bit quad-core CPU one having a maximum operating frequency of 1.3GHz. Also by virtue of this chipset, the device’s graphics processing is handled by the Mali-400 GPU. 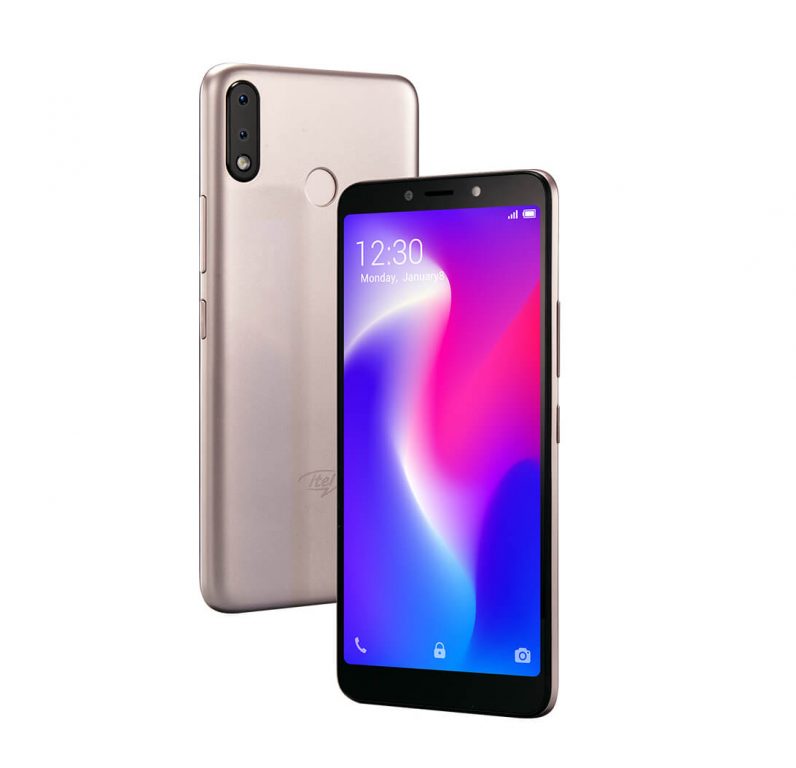 On the memory front, the device features the “traditional” 1GB of RAM. I say “traditional” because we have come to accept the fact that iTel Nigeria is allergic to increasing the RAM past “1” on their smartphones. (:P)

Shades aside, the device also has 16GB of internal storage which can be extended by means of an external SD card via a dedicated slot.

The cameras featured on the iTel S33 are, again, very modest.

The primary camera set up on the device comprises two lenses stacked vertically alongside their accompanying LED flashlight. In front, for selfies and snaps, you have a 13-megapixel shooter which has a dedicated LED flashlight.

Finally, the device also sports a fingerprint reader on the rear for securing your device and has a non-removable 3000 mAh Li-Ion battery which I cannot confirm supports quick charging.