The Samsung Galaxy A20 is a smartphone that will appeal to those who want a device that can handle their day to day smartphone tasks.

It is a phone with decent specs such as Android 9.0 OS, dual camera setup, AMOLED screen, Exynos 7884 Octa chipset and a battery capacity of 4000mAh. The device has great specs to offer. Let’s delve deeper to know more. Android Pie is the version of Android that powers the Samsung Galaxy A20. Joining Android 9.0 to perform software duties is One UI for a nice interface.

The design on the Samsung Galaxy A20 is that of Infinity-V as opposed to Infinity-U which Galaxy A30, Galaxy A50, and Galaxy A70 flaunt. There’s an 8MP selfie shooter which the top of Galaxy A20 houses. 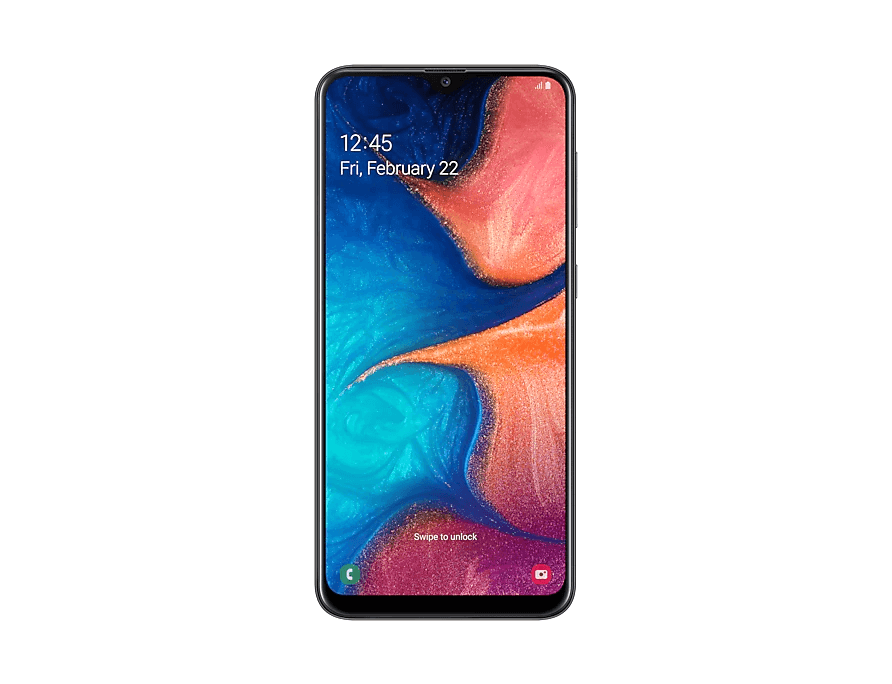 The display is flat on the front with an aspect ratio of 19.5:9 and it is extensive in length. Though it has this quality, it is relatively narrow.

The screen spans 6.4 inches diagonally and uses super AMOLED technology. This should bring out great colors with very high contrast. The super AMOLED screen display visuals with a resolution of 720 x 1,560 pixels and a density of 268 PPI.

An Exynos 7884 octa-core chipset functions as the processor for the Galaxy A20. If you are a power user, this processor should serve your needs.

Multitasking on the Galaxy A20 is coordinated by the device 3GB RAM. For storage, 32GB of ROM is available for use. If it gets exhausted, you can expand it with an SDcard that can be loaded with up to 512GB of data. 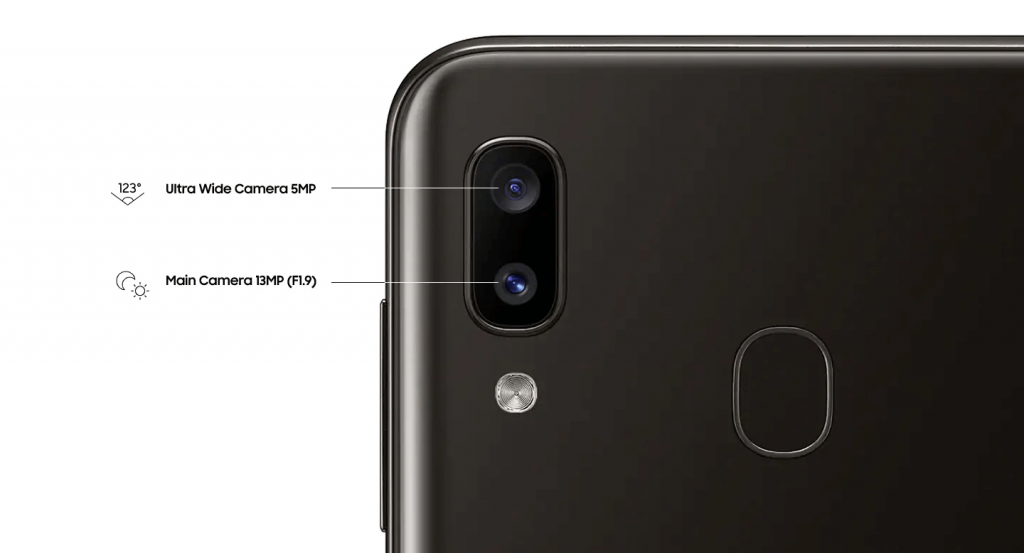 Engineers at Samsung decided to use the vertical system of arrangement for the dual cameras on the Galaxy A20. Images should come out fine with its 13MP lens and the supporting lens of 5MP.

The selfie camera that comes with the Galaxy A20 is 8MP in quality, which should produce quality selfies. A fingerprint sensor sits on the rear for authentication as security is paramount to Samsung.

Samsung Galaxy A20 Price in Nigeria