The Galaxy A series from Samsung have a record of solid performance and with the release of Samsung Galaxy A70, we are not surprised that the device packs rich specs.

Enclosed in colors black, blue, coral and white case, the Samsung Galaxy A70 combines great features with an attractive price. Cameras makes the Galaxy A series standout and the Galaxy A70 is no different with three cameras on the back.

Processing operations go on fine with a processor that will see to most general smartphone tasks without breaking a sweat. The Android version this device runs on is Android v9.0 also known as Android 9 Pie. It has Samsung’s own UI, One UI, accompanying it.

The 6.7 inches FHD+ Super AMOLED display on the Samsung A70 is the Infinity-U type. 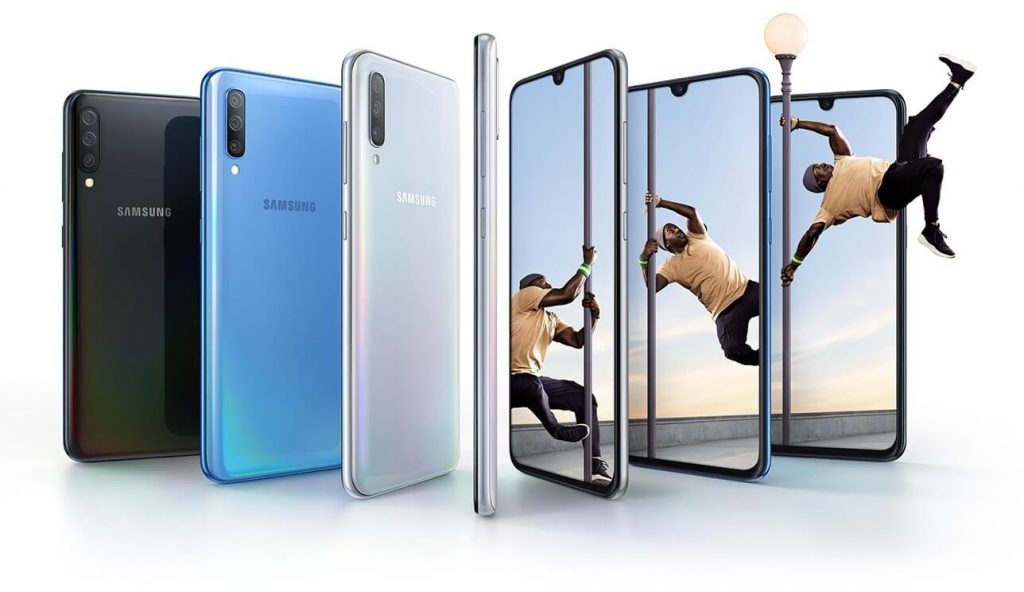 Featuring minimal bezels and a 20:9 aspect ratio which makes it relatively narrow, the smartphone will give an interesting experience. The narrow screen will also make the A70 feel good to hold in the hand. The fingerprint scanner resident under the display also supports Samsung Pass which gives protection to content, files, and data present in the smartphone.

Cameras lie vertically on the rear.

Manning the processing job on the Galaxy A70 is a Qualcomm’s Snapdragon 675 processor paired with an Adreno 612 GPU. Two high-performance octa-core CPU combine to improve performance.

One variant of the phone has a 6GB RAM and 128GB internal storage on board for memory operations. The higher variant is equipped with 8GB of RAM and 216GB of storage. The memory can be further expanded up to 512GB using the dedicated microSD slot. The Samsung Galaxy A70 features a tri-camera system on its rear. This makes it quite impressive for photography. It sports 32MP primary sensor, an 8MP ultra-wide sensor, and a 5MP depth sensor. Up front lies a 32MP shooter for your video calls and selfie needs.

For power storage, Samsung made available on the device a Lithium-Polymer 4500 mAh that has Super fast charging capabilities.

Samsung Galaxy A70 Price in Nigeria