Have a look at these:

and generally, more features is what Samsung’s latest note — the Galaxy Note 9 is bringing to the table this year.

But is bigger always better, though? 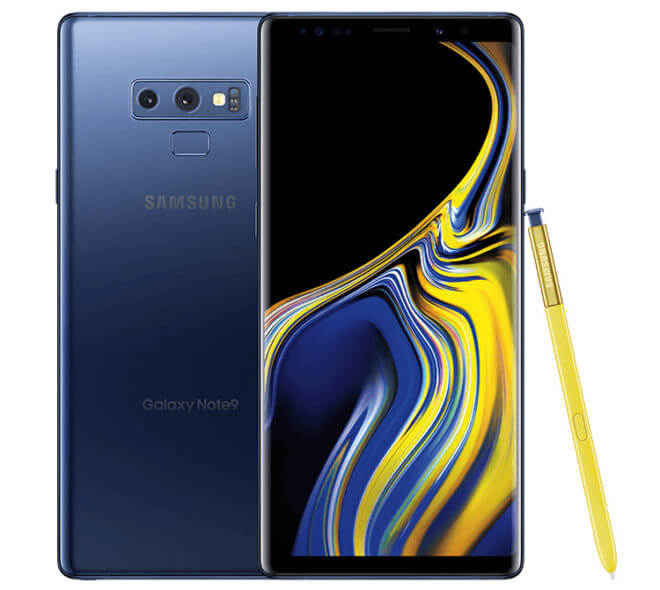 Like you would expect from a flagship device in 2018, the Samsung Galaxy Note 9 comes right out of the box rocking the latest stable release of the Android operating system — version 8.1 (Oreo) — with a planned upgrade to Android 9 Pie when it becomes publicly available.

The device, which ‘normally’ is a single SIM device, ships with dual-SIM compatibility in this part of the world, albeit the second SIM slot also being the SD card slot.

What this means is, if you plan on using an external SD card in this device (you might not be needing one though — more on this later) you’d be sacrificing the second SIM slot.

SIM talk aside, this device, like every flagship Samsung device launched in the past year, looks gorgeous.

It features the same metal-in-glass sandwich treatment the Galaxy S9 and S9 plus received, but ships in an awkwardly large form factor.

However, thanks to the almost non-existent bezels, the device is still holdable in one hand. Protection-wise, the Samsung galaxy note 9 features all the bells and whistles you can expect from a device in its price range:

Within its guts, the Samsung Galaxy Note 9 features the best mobile CPU there is at the moment.

For the American and China markets, the device sports the Qualcomm’s Snapdragon 845 SoC while for the rest of the world Samsung’s own Exynos 9810 Octa CPU is in use. By extension of the Exynos 9810 Octa, the Samsung Galaxy Note 9 is an octa-core smartphone having two quad-core CPU clusters; a 2.7 GHz one and another 1.8GHz one.

For handling graphics, the Mali-G72 MP18 GPU embedded on the SoC is present, and concurrently running apps are said to experience no memory dumps thanks to the massive 6GB of RAM (or 8, if you’re willing to pay) that ships onboard.

Storage-wise, the Samsung Galaxy Note 9’s base model ships with 128GB onboard. There’s a 512GB model, too!

If for some weird reasons, you’d be needing even more space, you can extend the onboard storage by up to 512GB by means of microSD card.

While still featuring an almost identical camera setup as last year’s note, the Samsung Galaxy Note 9 differentiates itself in a few key areas.

The front-facing shooter is still an 8-megapixel lens with an f/1.7 aperture capable of shooting 1440p videos still at 30fps, but the dual rear camera setup received some worthy upgrades. If you’re an ardent Samsung smartphone junkie, you’d notice that the dual rear camera setup features bear a certain semblance to that found on the Galaxy S9 Plus, and that’s true.

Hell, even the mechanical variable aperture primary lens found there is here, too.

After holding back for a while, Samsung has finally started pushing beyond its ‘normal’ in this department (remember the Galaxy Note 7 battery fire fiasco?)

The Note 9 features a massive non-removable 4000 mAh Li-Ion battery which can be juiced up quickly via the USB C port on the device, or even wirelessly.

Other features the new note packs worth pointing out include: