Just as the Motorola Moto G5 had a senior sister, the G5 Plus, the G5s does, too, in the form of the Motorola G5s Plus.

Like its ‘junior sister’ the Motorola Moto G5s Plus is a 4G-enabled dual-SIM Android Nougat (version 7.1) device having an almost unadulterated Android version, save for a few handy features Motorola added to the Stock Android experience.

The design is also very similar to that of the smaller G5s in that the antenna lines at the back are positioned in the same way and the device is metallic all around.

Where things get different is the display size and the overall device size. 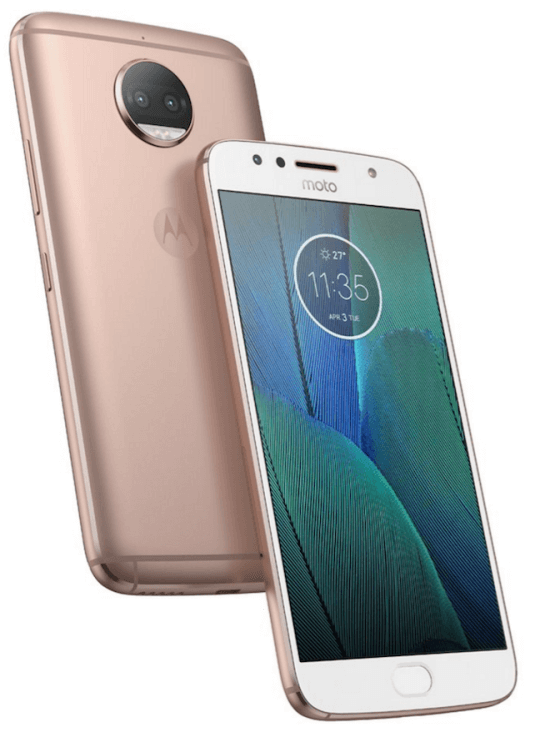 Another key reason why there’s a ‘Plus’ in this device’s name relative to its junior sister is the chipset being used.

Where the G5s features the low-budget Snapdragon 430 CPU, the G5s Plus sports the beefier mid-range Snapdragon 625, which is an Octa-core CPU with a processor speed clocked at 2.0 GHz and graphics processing handled by the embedded Adreno 506 GPU. For effortless multitasking, the Moto G5s Plus has up to 4GB of RAM and an onboard storage of up to 64GB.

I’m using the words ‘up to’ above because the Moto G5s Plus comes in two models:

For whichever you pick, however, you can extend the onboard storage by means of a microSD card (capacities up to 256GB).

The camera in front, for self-shots, is an 8-megapixel f/2.0 shooter with its own dedicated LED flash while at the back, at the back sits a dual camera setup.

This setup consists two 13-megapixel lenses with each having an aperture width of f/2.0 and are both supported by a dual-tone, dual-LED flashlight situated beneath them for low-light lighting and unlike the G5s single rear camera whose video recording tops out at 1080p, the Moto G5s Plus can record 4k videos at 30 frames per second.

No image stabilization still, though.

Finally, despite having a larger form factor, the battery on the G5s Plus is still the same as that on the G5s — a non-removable 3000 mAh Li-Ion battery.