Samsung Galaxy J8 was unveiled in India at a launch event.

Released alongside the J8 are Galaxy J6 and Galaxy J4. The device packs more features than the J6 and J4 and it comes with dual rear shooters, which is a trend in recent smartphones.

The smartphone has an infinity display just like the Galaxy J6 and a faster Octa-core processor. Selfie Camera is a 16MP shooter and it packs a decent battery. 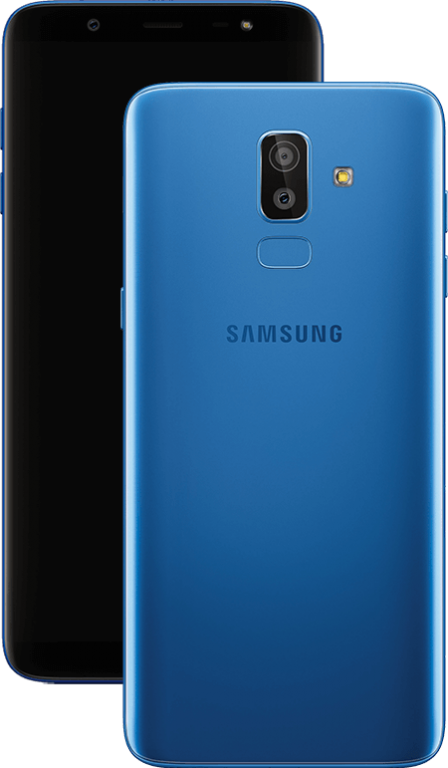 The Samsung Galaxy J8 is a dual SIM smartphone that runs on Android 8.0 Oreo.

Even with its plastic casing, I can say that the Samsung Galaxy J8 has a great body build.

Bezels are narrow and this makes it possible for navigations buttons to be on the screen. The arrangement of the cameras, fingerprint sensor and flash located at the back is similar to the Samsung Galaxy S9. The display screen is that of HD+ which is not that great. The large screen of the smartphone will make the pixel thinner, thanks to its display size of 6.0 inch and resolution that measures 720 x 1480 pixels. Alongside those display parameters, the display is a Super AMOLED screen and has a pixel density of 274 PPI.

What powers the activities of the Samsung Galaxy J8 is a Snapdragon 450 chip from Qualcomm. It also possesses an Octa-Core Processor and 64-bit CPU architecture. The speed of the processor is a fast 1.6 GHz with 14nm FinFET process technology. Graphics are powered by an Adreno 506 GPU.

Multitasking is made easy with a 4GB RAM. An internal memory of 64GB is made available for all your files and if that is not enough for you, it can be upgraded to 256GB using an SDCard.

Sporting a dual 16MP + 5MP rear camera with their f/1.7 and f/1.9 apertures respectively, clear pictures can be taken. Many features come with the camera that can give your photography skills a boost. For the rear camera, there is an LED flash. The front camera is a 16MP shooter having a f/1.9 aperture and a front LED flash that can be adjusted.

Power juice for the device is provided by a non-removable Li-ion 3500mAh battery which comes with fast charging technology.