Along with the multitude of other smartphones recently released in their A-series lineup, Samsung also unveiled the Galaxy A10.

The new Samsung Galaxy A10 is the current A-series generation’s least packed device but for its price, its no slouch. The Samsung Galaxy A10 comes right out of the box rocking the most recent major release of Android – version 9 or Android 9 Pie – albeit skinned with Samsung’s new user interface; One UI – the exact same UI on the high-end Galaxy S10.

The device is an LTE-enabled smartphone which is available globally as either of a single or dual SIM variants. The dual SIM variant is more prevalent down here in the Nigerian market, though.

Design wise, the A10 is a very modest device. Like all of its other siblings in the new A-series currently retailing for less than N100k, its primary build material is plastic. Available in about four distinct color options, the Samsung Galaxy A10, unlike its closest sibling – the A20, sports an LCD display.

The 6.2-inch display with has a V-shaped notch at the top is an IPS panel which has a 720 by 1520-pixel resolution with no “formal” display protection. Beneath the device’s plastic enclosure, the Samsung Galaxy A10 employs the use of Samsung’s very own Exynos 7884 SoC. By extension of the chipset being used, the A10 is an octa-core device which has a Mali-G71 GPU for graphics.

On the memory front, the device features a modest 2GB of RAM to provide a usable multitasking experience, and 32 gigabytes of internal storage space which can be extended by up to 512GB by means of an external SD card.

In the camera department, this device doesn’t have the bells and whistles featured on other devices in the new A-series (obviously). What it does have is a single 13-megapixel rear-facing primary shooter which has an assisting LED flashlight for low light photography. 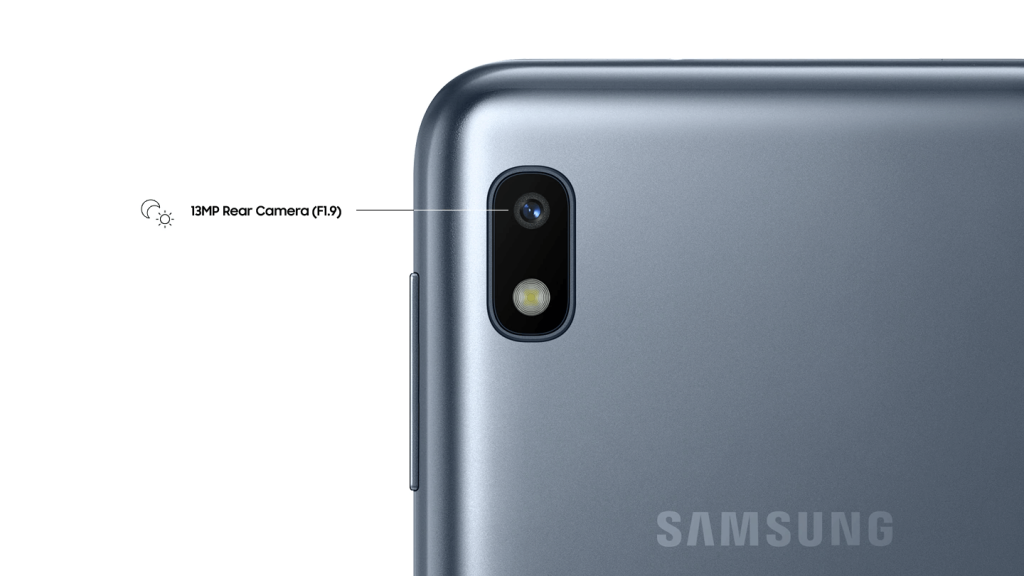 In front, for self-shots and video conferencing, there’s a 5-megapixel lens with an f/2.0 aperture width (slightly smaller than the rear’s f/1.9) which Samsung also somehow uses for A10’s face unlock mechanism.

Wrapping up, the Galaxy A10 sports a reasonable 3,400mAh Li-Ion battery which is non-removable.

Other things worth pointing out include the fact that this device …

Samsung Galaxy A10 Price in Nigeria