Samsung’s Galaxy A30 is a younger sibling to the Galaxy A50 and it packs rich features while sharing a number of those features with the A50.

One of the similarities existing between the two devices from tech giant – Samsung – is their 6.4” 1080p+ Super AMOLED display. However, there’s a difference between both which is the position of the fingerprint sensor.

The Galaxy A30’s fingerprint sensor takes a position on the rear, while A50 has its own under the screen. The selling point of the Samsung A series are their cameras and they have high-quality camera specs. The smartphone runs on Android 9.0 out of the box and gets support from Samsung own UI, One UI.

The Samsung Galaxy A30 arrives with a budget design unlike its bigger brother – Galaxy A50. It features a 3D Glasstic (very glossy plastic, basically) design that gives it a shiny look and beautiful body. The device is so colorful that its rear color(s) changes when in contact with a light source. 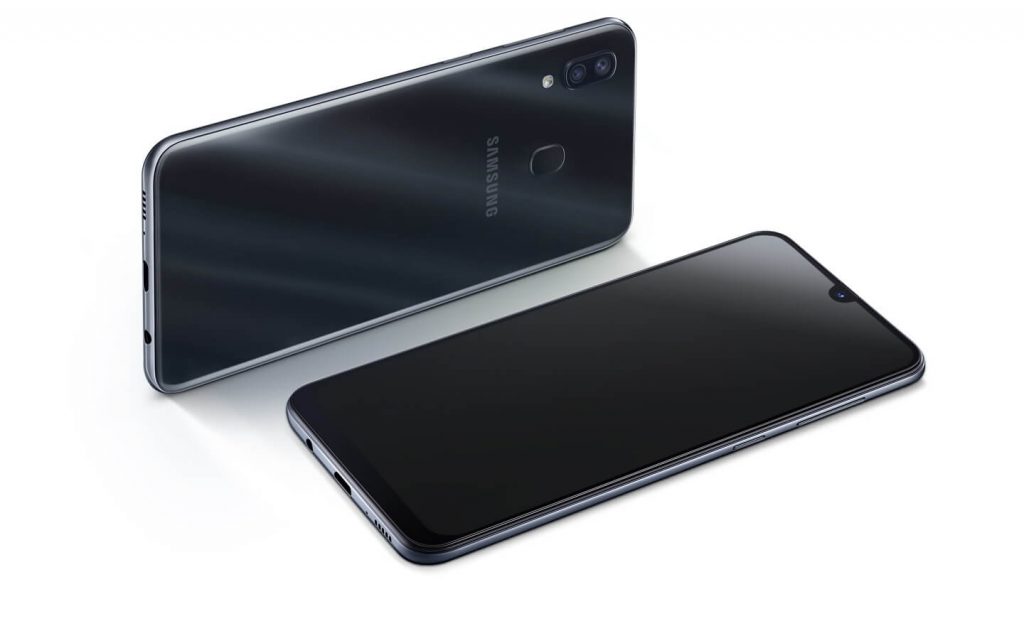 Comparing Galaxy A30 front with that of Galaxy A50 show similarities between them. There’s a 6.4-inch 1080p+ Super AMOLED display with a notch above it on both. The selfie camera takes residence in the notch on the A30. The display style used on this A30 is Infinity U display.

Under the hood is an Exynos 7885 octa-core chipset which is based upon the 14nm FinFET process technology that has a 2.2GHz octa-core processor, paired with Mali-G71 GPU. Depending on you, there are two variants you can choose from. It is either you go for the 3GB RAM and 32GB ROM model or the higher 4GB RAM and 64GB ROM model. The internal storage can be expanded up to 1TB using the dedicated MicroSD card slot. Photography on the Samsung Galaxy A30 is powered by the combination of a 16MP camera with an f/1.7 aperture and phase detection autofocus, which is paired with a secondary unit that has 5MP, featuring an f/2.2 aperture. The single 16MP camera existing at the front would cater for your selfie needs.

Talking about power, you’ll find a 4000mAh battery packed in the Galaxy A30 that provides fast charging capabilities, obtaining power from the USB Type-C port.

Samsung Galaxy A30 Price in Nigeria