… are some of the key features the Samsung Galaxy J7 Pro brings to the table, all for under N120k. 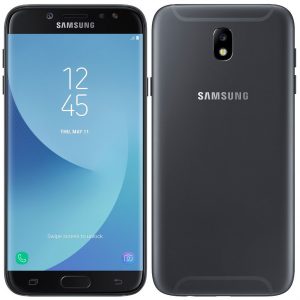 The Samsung Galaxy J7 Pro, launched at the tail end of 2017’s second quarter, is an LTE-enabled dual SIM smartphone running on Android’s version 7.1 (Nougat) right out of the box.

In terms of design, the J7 Pro is a curvaceous beauty to look at: What you’re seeing a device crafted in metal having a thickness of fewer than 0.8 centimeters with no camera bump at the back whatsoever.

Available in black, blue and gold, the Galaxy J7 Pro’s features a 5.5-inch Super AMOLED touch display having a 1080 by 1920 pixel resolution resulting in a pixel density of about 400 pixels per inch — 400 PPI.

Within the device sits Samsung’s very own Exynos chipset.

To take care of concurrently running applications, the device has about 3GB of RAM and for storage of multimedia and documents (as well as other file types), the J7 Pro ships with 32GB onboard storage (there’s a 64GB version).

32GB too small for your storage needs?

You can also throw in a memory card (capacities up to 256GB) to expand the storage space.

For snaps and selfies, the Samsung Galaxy J7 Pro’s 13-megapixel front-facing shooter which has an aperture width of f/1.9 and its own dedicated LED flash would be up to the task.

And like the image above depicts, the rear camera is also a 13-megapixel lens, having an even wider aperture width (f/1.7) and an LED flash directly beneath it for lighting in dark environments.

Security-wise, you’d be relying on the fingerprint sensor Samsung mounted in front on the home button, and for power, the Galaxy J7 Pro features a generous 3600 mAh non-removable Li-Ion battery within its chassis.