After ‘experimenting’ with the ‘Full View’ device craze back in January with the launch of the Camon CM, Tecno Mobile is back with a proper update to the flagship Camons of last year. Like we’ve come to expect from them, the Tecno Camon X is a dual SIM Android device which has support for LTE and runs on the Oreo flavor of the operating system experienced through Tecno’s proprietary custom User Interface, HiOS.

From the specs, the device would have a very slim profile, sport a polycarbonate build and can be picked up in any of Gold, Blue or Black colors. 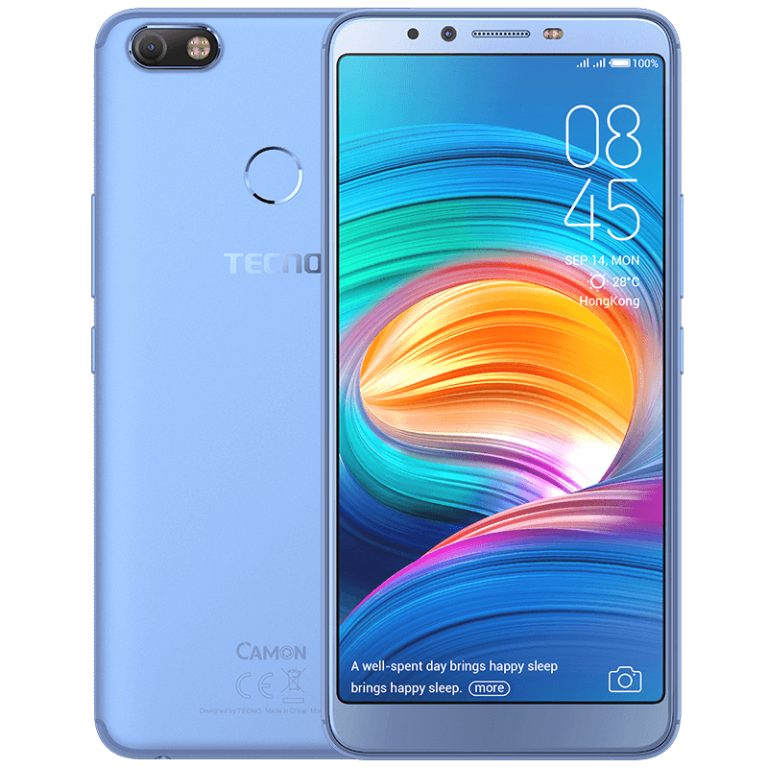 The display on the Camon X is a 6 inch IPS LCD Touch display having a 720 by 1440p resolution and a resulting pixel density of about 268 pixels per inch.

From the display’s resolution, you can see that the device features the in-vogue ‘full view’ display (18:9 aspect ratio).

Protection-wise, the Camon X has just a 2.5D glass atop the display

The Tecno Camon X, by virtue of its chipset, is an Octa-core device with a CPU clock speed of 2.0 GHz and the device features 3GB of RAM to handle concurrently running applications.

Memory-wise, there’s a 16GB model and a 32GB model. The memory of whichever model you end up picking, however, can be further extended by means of a microSD card (capacities up to 128GB).

The Cameras are generally the main selling point of the Camon series of devices and Tecno is promising (and touting) amazing performance in this regard.

The front-facing shooter of the Tecno Camon X is a 20-megapixel lens which has a dual-LED supporting flashlight to the side for lighting in dark environments.

The rear cam, position to the top edge of the device, is a 16 MP lens having double the amount of LED flashlights in front (4!).

Keeping the device alive is a relatively massive 3750 mAh non-removable Li-Ion battery which, according to Tecno, supports fast charging.

Finally, for security the Tecno Camon X can be unlocked using either the usual Fingerprint reader (positioned at the back) or “Face ID”, using the front-facing camera. “Face ID” in this context is not to be confused with the wonky “Iris Scanner” introduce by Tecno in the Camon C9 two years ago. This one appears to be well thought out and while still not perfect, leagues ahead of the marketing gimmick ‘Iris Scanning’ on the C9 was.