Tecno mobile has launched quite an enormous amount of smartphones in the dark before and they are doing it again this time with the Tecno WX4.

Why in the dark?

I mean, the device looks like the cute, so why hide it?

Could it be because of the specs?

Or wait, no, maybe they’ll issue a PR later. Before they do, however, here are the [confirmed] details of the Tecno WX4 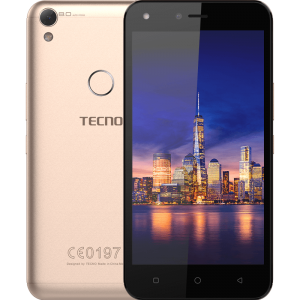 With no 4G support in 2017 (!), I am starting to see why the Tecno WX4 was silently launched. I could be wrong though.

Could be wrong about the fact that it’s because of the lack of LTE support that made the launch of the WX4 a silent one.

But, one thing I’m damn sure about is the fact that the device ships with dual SIM capabilities (don’t they all?). And no, no hybrid SIM nonsense, the WX4 possesses two SIM slots and a dedicated memory slot.

Software-speaking, the device ships with Android’s Nougat flavor (the latest aii?) but not Vanilla. You would be experiencing Nougat’s features through Tecno’s UI — HiOS.

Would there be software updates OTA?

Err… unlikely. You might be getting security patches and system optimization tweaks though, just don’t expect to experience Android O on this device.

Design-wise, this device is just the Camon CX Air, only less expensive (and less capable too). I mean, just look at it …

Synonymous (to an extent) naming convention to the CX.

For one, the display size of this baby is 5.0 inches and its 720 px at the shortest side.

For color selection options, you get to choose between Grey, Gold, Blue and …

Protection-wise, you’d have to purchase a tempered glass (separately) as the display (and entire device) would come naked. No 2.5D glass, no Gorilla. Glass.

Ok, the device is cute and all, what about performance?

Can you guess the chipset manufacturer Tecno patronized for the WX4?

Anyways, the MediaTek chip is Quad-core SoC clocked at about 1.3GHz and this is supported by a RAM capacity of about… about… sh!t.

The RAM capacity is 1GB.

A gigabyte of RAM and 16GB of storage. 16GB that can be extended by means of an external microSD card (up to 32GB). Like I mentioned earlier, the external card has its dedicated slot on the device.

The cameras on the Tecno WX4 would be modest, to say the least. Considering it’s not the Camon (I’ve said this one too many times), you shouldn’t be expecting a camera beast in this device.

In front, you have an 8MP lens which is accompanied by an LED flash for taking selfies in low light conditions, and at the back, another 8MP shooter but this time, with a dual-LED flash.

Will it suffice for a full day?

It should if you’re not gaming, watching videos or browsing over 3G 24/7.

Worthy of note is the fact that the WX4 has a fingerprint scanner on its back for easy securing and unlocking of your device.

Minus that, every other feature is identical to what you should expect from a low budget Android device in 2017.

Speaking of “budget”, exactly how much does the device cost in Nigeria?

As at the time of hitting publish on this article, the WX4 is absent from online stores. But if I were to guesstimate the price, I’d say you can pick this baby up for between N31k and N40k.

Don’t take my word for it …

In summary, these are the full specifications of the WX4.

Should you drop money for the WX4?

How I see it is, if you are looking for a cute Android device under N40k that would not be your main driver if you are a power user, then, by all means, pick up the WX4.

If on the other hand, you’re a “wizard” and multitask like a “mad man”, my brother, this would be you if you pick this device up …

In general, though, the device’s specs is fitting for its price.