Coming in a premium looking metal build and possessing loudspeakers enhanced by Dolby, the Lenovo Vibe K5 Plus wants to be your pick when you go hunting for devices in the N50k – N60k range. 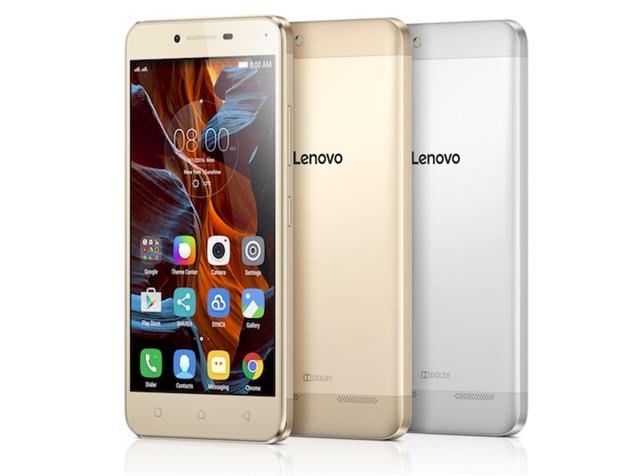 The Lenovo K5 Plus is a 4G-enabled dual-SIM Android device running on version 5.1 (Lollipop) out of the box.

If you’re cringing at the fact that Lollipop is almost 3 years old, you should put your mind to rest as the device can be bumped up to version 6 of Android through an OTA (over the air) update that would come through as soon as you power on the device and connect to the Internet.

The display is an IPS LCD panel and it comes in at a handy 5 inches with a full HD resolution (1080 x 1920px) and a resulting pixel density of approximately 440 pixels per inch (440 PPI). Inside of the device sits an Octa-core Snapdragon CPU clocked at 1.5 GHz and supported by an Adreno 405 GPU for pushing graphics, both of which are accompanied by 2GB of RAM to enable a “lag-free” experience.

The internal memory of the device is a modest 16GB. One would have expected something more considering the device’s other features, but if you’d be needing more space, you can conveniently toss in a memory card (microSD) and extend the storage space by up to 32GB.

For juice (read: power), the K5 Plus relies on a non-removable 2750 mAh Li-Ion battery which does not support flash/fast charging.

Other features of the camera, the primary camera that is, includes; autofocus capabilities, an LED flash, HDR mode, to name a few.

The Lenovo Vibe K5 Plus can be bought down here in Nigeria for prices starting at about N47,000 and going as high as N65,000, depending on the store you buy the device from.

If you’re looking for a premium looking device under 50 grand and wouldn’t mind using a dated version of Android in 2017, the Vibe K5 Plus is worth it’s selling price.