In the market for an inexpensive Android smartphone that supports 4G LTE and doesn’t totally suck?

Retailing for close to twenty grand, this device features a quad-core CPU, a gigabyte of RAM and more. 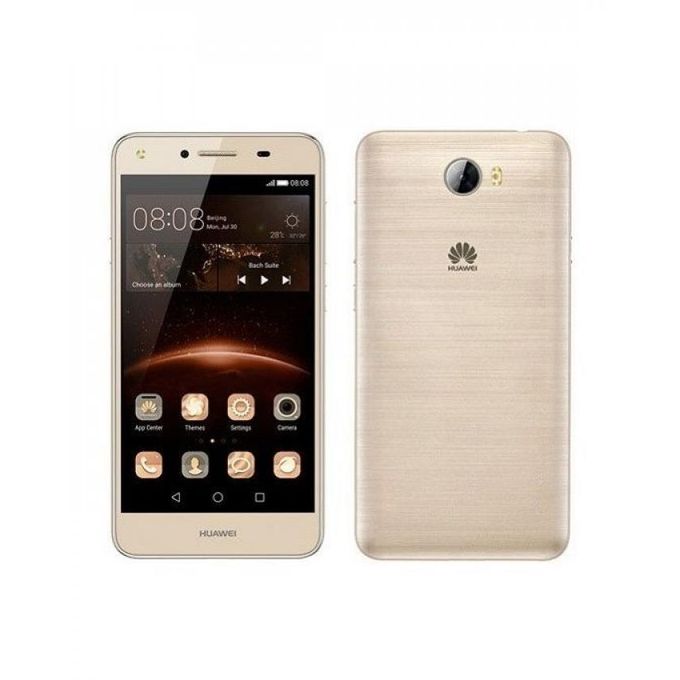 The Huawei Y3II is a single-SIM smartphone which runs on the Lollipop variant of the Android operating system (version 5.1).

Design-wise, you’re getting a device built with plastic having a thickness of approximately one centimeter. With up to 5 color options available, the Y3 II features a 4.5-inch IPS LCD panel with a resolution of 480 pixels at its shortest side and a resulting pixel density of about 217 pixels per inch.

Inside the device sits a Quad-core MediaTek CPU clocked at 1.3GHz which is accompanied by a gigabyte of Random Access Memory for efficient (to an extent) multitasking.

For storage of files and multimedia, the device has an onboard storage capacity of 8 gigabytes which can be stretched even further by means of an external microSD card (supports sizes of up to 32GB).

The Y3II, for staying alive, has a 2100mAh Li-Po battery which, as you would expect, does not support flash/fast charging.

The front-facing camera is a 2-megapixel shooter while the rear, a 5 which is also accompanied by an LED flashlight for providing light in dark conditions.

As stated in the introductory part of this piece, the Huawei Y3II can be gotten online in Nigeria from around N21,000. A figure which could go down tremendously if you don’t mind buying one locked to work with MTN only.

If you’re in the market for a secondary smartphone which, by your standards, must support LTE connectivity OR you’re picking a device for someone who is not a “heavy” smartphone user, then, this is the device for you.