Another month, another device from Infinix.

The hottest device just came into town! Step up your game and experience a whole new cinematic feeling with the sleek HOT 5 #MyHotPadi pic.twitter.com/5tzy9xbq1H

Well for starters, the display, processor (speed), memory, cameras, and battery are identical to what can be found on its predecessor. The ‘new’ Hot is a dual SIM (as usual) device which runs on the Nougat flavor of Android (version 7.0) but with Infinix’s proprietary custom user interface — XOS.

In terms of build, the Infinx Hot 5 ships as a sturdily built plastic device with a 3d-textured back which can be gotten in an array of colors. The display, identical to last year’s hot, is a 5.5-inch IPS LCD display with a resolution of 720 x 1280 pixels and a resulting pixel density of about 267 pixels per inch (267 PPI).

Under the hood sits a quad-core MediaTek chipset clocked at 1.3GHz paired with 2GB of RAM to handle tasks which you would be hauling at it. The Hot 5 Lite, a toned down version of the main Hot 5, features just a gigabyte of RAM.

Onboard storage aboard this device is 16GB (the standard now?) which, in the inevitable event of you needing more space, can be extended by a microSD card (up to 64GB). And no, you’re not sacrificing any SIM Slot for that.

The Hot 5 features a large Li-Ion battery for keeping the device alive.

And thanks to the fact that most features of this device are not power-hungry, that battery would be waayyy more than enough to get you through a whole day on a single charge. That is, of course, if you’re not HEAVILY gaming. 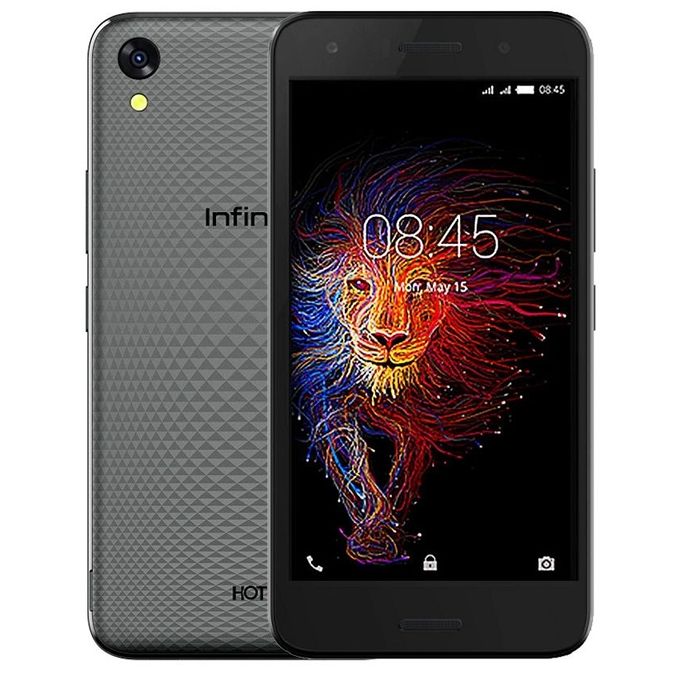 Finally, the cameras on this device are modest, to say the least.

Finally, finally (*grin*), a major highlight of the device is its dual front-facing speakers (like those found on the smart (x5010)) which Infinix hopes to give you that “whole new cinematic feeling”.

A New Hot: Click here to see details of the Infinix Hot 6 Pro (with dual cameras!)

As seen above, the Hot 5 isn’t a major improvement over the Hot 4. In fact, only 3 things changed significantly …

So if you already own the Hot 4, stick with it. If on the other hand, you’re looking for a cheap Android device with “just okay” cameras and superb battery life, then by all means, get this.