After having what was an explosive 2016 (literally), the biggest Android smartphone producer in the world is back with a new device in their Note Lineup. — the Samsung Galaxy Note 8.

Now like you would expect, this device is top-of-the-line. Hell, going by the features it packs, it’s Samsung’s best device till date. (Yep, you read that right)

Feature-wise, it leaves the beautiful (and powerful) S8+ in the dust.

This is due to the fact that the Galaxy Note 8 packs all the features of the S8 plus (yep, ALL OF ‘EM) and a few more. Also, as expected, the device costs more (way more) than the S8 plus and its predecessor (the Note 7). The Samsung Galaxy Note 8 is a single SIM (or dual if you prefer) Android device running on the latest Nougat flavor of the operating system — version 7.1.1 — which, of course, would get updated to Android Oreo (version 8) when it becomes publicly available.

Design-wise, you’d be getting a device featuring glasses everywhere. Said so because the note 8 features a Corning Gorilla Glass 5 back panel which is slightly curved at the edges to enable a firm (and easy) grip. 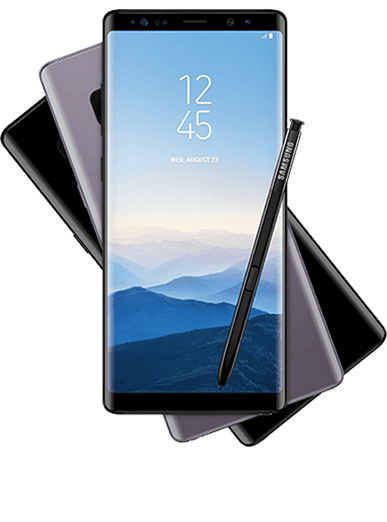 In front, up top, there are about … one, two, three, four, fiv… six dots (or openings, if you will) which are the front facing cameras, LED notification light, and four other things I cannot make sense of at the moment.

At the bottom, there are no nav buttons (or physical home button) but a similar setup as found on the S8 and S8 Plus is present. Underneath you’ve got a 3.5mm headphone jack, a USB type C port opening, another opening for the microphone and a final opening — the speaker. To the side of those (after an antenna band) is the Note 8’s stylus pen (or well, its abode).

The display on the 8 is MASSIVE but thanks to the almost non-existent bezels present, you can’t call this a ‘tablet’ but at a size of about 6.3 inches, it certainly comes close. The display is a Super AMOLED Touchscreen with a resolution of 1440 by 2960 pixels and a resulting pixel density of around 522 pixels per inch (522 PPI) which is protected by another Gorilla Glass 5.

Next up, the performance …

There are essentially two models of the Samsung Galaxy Note 8 — one with a Snapdragon 835 SoC and another with an Exynos chipset — but only one of them would be available to Nigerians (the Exynos version) so emphasis would be placed on that.

The device’s SoC is an Octa-core CPU having two quad-core clusters with different clock speeds. The first cluster is clocked at 2.3 GHz and the second at 1.7. Paired alongside are a Mali-G71 MP20 GPU and an enormous 6 gigabytes (!) of RAM for fluid multitasking.

For storage of multimedia and files, the Note 8 is available in 3 storage options — 64GB, 128GB, and 256GB — and if you’d be needing more space (dafuq! Are you a data center?!) you can extend the capacity using a microSD card (up to 256GB).

The battery found on this device (a non-removable Li-Ion 3300 mAh battery) may seem like a let down for a device of this magnitude but trust me, it is for a reasonable reason. This device also supports fast charging (Quickcharge 2.0) and wireless charging (using the charging dock).

For security, the Note 8 features an Iris Scanner and a Fingerprint scanner which, for the first time in the history of Notes, sits behind the device close to the cameras.

And yeah, about the cameras, the Galaxy Note 8 has a dual-camera set-up behind which each lens being a 12 MP lens and having a spacious aperture opening of f/1.7. The features which the camera packs are pretty wild but the highlights are Phase detection autofocus, Optical Image Stabilization, Auto HDR, ability to shoot 1080p videos at a frame rate of 60 frames per second, to mention but a few.

The front facing camera is in a class of its own as it is an 8-megapixel shooter featuring the same wide aperture opening of f/1.7, autofocus, Auto HDR, etcetera, etcetera.

If there is cash for it, why the hell not!