In a bid to sway you over to purchasing a device for your little one, Tecno recently launched a new droidpad in their tablet lineup. 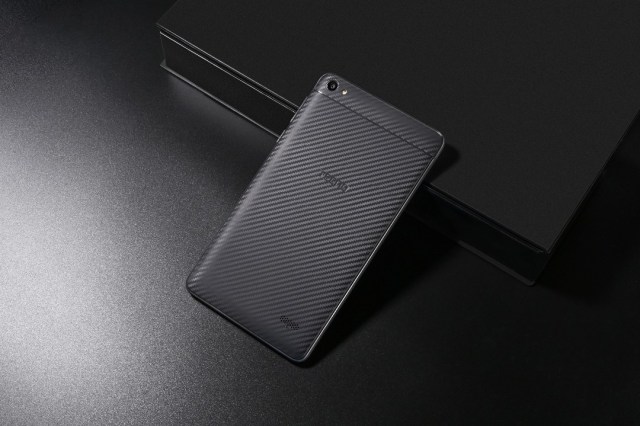 Retailing for well under ₦40,000, the Tecno Droipad 7D should be on your shopping list if you are out shopping for a capable cheap tablet in Nigeria that would hold out just fine for casual digital consumption.

Briefly, these are the most important features under the hood of the Droipad 7D 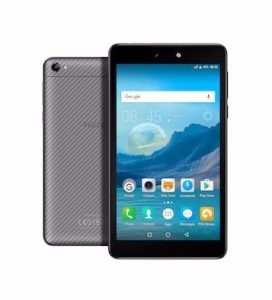 I am here with August and together, we’ll run through the details of the new device.

Yeah, right! I already told them that!

Just know that this new tablet should not be confused with the other Tecno tablet launched a few months back (the 7E). Both are entirely different devices.

Let’s go over the details of this device and you’d see why.

It’s a tablet, but unlike the pioneering tablets of this world, this one has more connectivity options apart from WiFi. Hence, the 7D could also double as a phone.

Shipping with support for both 2G and 3G networks you can conveniently throw 2 SIM cards into this device and use it like you would with a phone.

Moving on, if you get this device in 2017, you’d be delighted to find out that you’d be running on an Android OS that is still relevant in 2017 (Android Nougat).

In summary, these are what you get from this department

I don’t understand, are you blind?

I go break your head o?

As I was saying, this thing’s a phablet, so, like you would expect, it’s incredibly huge.

The entire body of this device is made of plastic and at the moment, only a gray colored option can be picked up online (and offline I think).

Performance-wise, the device is powered by an inexpensive Quad-core Mediatek CPU which is clocked at just under 1.3GHz.

To handle multitasking, Tecno slid in (just) 1GB of RAM. For storing files, you’d have an abundant 16GB of internal storage.

16GB not enough for you?

Well, you can extend the memory of the device thanks to the support of a micro SD card.

August, any thoughts before we proceed to the next section?

Ok, I’m pretty damn sure that your expectations here would not be high.

Well, don’t let it be, otherwise, you’d be immensely disappointed.

For taking quick shots, Tecno embedded a modest 5MP lens at the back of the device and for selfies, an even more humble 2MP.

Every single feature looked at so far on this device have been just (a little below) average and the battery of the tablet continues the streak.

For powering the tablet, a 3000 mAh battery is all the 7D ships with.

Anyways, Other features of the 7D include the following …

Want to get the device?